Cartridge Replacements
We have an Auto-Ship program where we will send your cartridge to you when it is due automatically. Average life span is 18 months.

NOT FOR COUPON CODES

We mine only the finest and purest kieselguhr or diatom earth often described as a silica-like sediment resulting from kiesel algae (one celled algae) deposited on the bottom of geological lakes and lagoons millions of years ago. This is the same material used in making the finest bone china (like Royal Doulton) and numerous other applications.

The filter elements are produced using the latest ceramic techniques to provide a hollow porous ceramic which is fired at a temperature in excess of 1000°C. The chemically inert ceramic filter can be stored for eternity without losing its effectiveness.

The ceramic filters out particles from the water but leaves oxygen and mineral contents unchanged, which gives water it’s spring-like freshness and taste (not “pure” but wholesome). Pathogens of the most varied diseases which are reliably filtered from the water include; cholera, typhus, cryptosporidium, amoebic dysentery, ecoli, colibacillose or bilharzia, anthrax spores among others.

Ceramic filtration technology is often called “depth filtration”. The raw water is forced by mains pressure through the ceramic filter from the outside inwards.

The porous structure of the ceramic filter allows the passage of water particles and very small bacteria are held back at the filter surface. The result is clear, sterilized water.

Given favourable conditions, the accumulated bacteria could proliferate and grow unless prevented by some means.

To prevent this the elements are manufactured with a small amount (about 0.07%) of pure silver (Ag) through-out the porous ceramic shell. Silver is a recognized bactericide, so when the bacteria comes into contact with the silver impregnated ceramic, their growth is inhibited. This self-sterilizing effect is known as the bacteriostatic effect.

Mechanical regeneration of the ceramic filter is simple. The topmost blocked layer can be removed with stiff brush or scouring pad (e.g. Scotch Brite®). This can be repeated many times before the filter has to be changed.

Free silver ions (Ag+) have a toxic effect on micro-organisms even in relatively low concentrations. They have a highly fungicidal, bactericidal and algaecidel effect. Medical studies describe silver ions as a catalyst that disables the enzymes that microorganisms depend on to “breathe”.

In the presence of air (oxygen in water), metallic silver forms silver oxide, which also has a bactericidal effect due to its adequate solubility. The destruction of viruses, bacteria, molds, spores and fungi through contact with silver objects is termed the oligodynamic effect. To primitive life forms, oligodynamic silver is as toxic as the most powerful chemical disinfectants. This, coupled with its relative harmlessness to animate life (i.e. mammals), gives oligodinamic silver great potential as a disinfectant.

The best and most environmentally-friendly silver based disinfectants are capable of rendering stored water potable for long period of time as in space stations.

The silver leach rate from the 6 stage ceramic is very low and always well below the national recommended limits or less than equivalent to having a meal using silver cutlery. Also, the ion exchange carbon block, which the water passes after the ceramic, would take care of that.

Silver is used widely to prevent scumming in water storage tanks, to sterilize and purify water aboard NASA’s Space Shuttle and on commercial airline flights.

Activated carbon as another natural absorber

The Full Spectrum 6 stage cartridge uses high quality carbon blends obtained from different raw materials such as lignite, bituminous coal and coconut shells. Active carbon is used for water treatment due to its adsorbing effect with respect to organic and health endangering chemicals.

Activated carbon surfaces are both hydrophobic and oleophilic; that is, they “hate” water but “love” oil. When flow conditions are suitable, dissolved chemicals in water flowing through the carbon media “stick” to the carbon surface in a thin film while the water passes on. This process is call adsorption.

Substances affecting taste and odors such as chlorine, pesticides (lindane, DDT) and trihalogenmethanes (THMs) are removed by activated carbon. These substances are adsorbed on the large surface area of the active carbon. For visual purpose, one teaspoon of activated carbon has a surface area the size of a football field.

6 Stage washable ceramic membrane: (candle and cartridge form): Used for microbiological removal. The only ceramic element in the world to meet the stringent NSF antimony and arsenic extraction test featuring:

Least expensive absolute filter on the market as it is cleanable and reusable for up 60 times. Self-sterilizing, no bacteria grow through as encountered in most all synthetic membranes.

Stage Two; Ceramic impregnated with silver which kills bacteria and cysts on contact

Conclusion: Full Spectrum Four Stage ceramic filters are designed to convert raw water into high quality drinking water that will comply with the most stringent potable water standards all 100% naturally.

Consider the rest then go with the best!

There are no reviews yet. 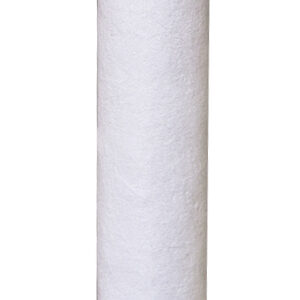 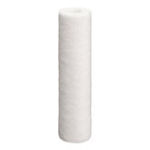 Stage One for the RO system 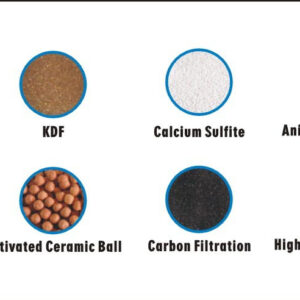 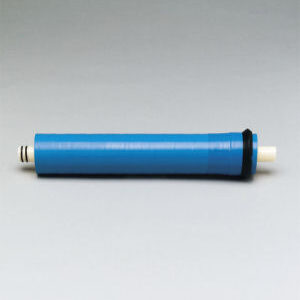